The Chartreux cat is a French feline with uncertain origins but a pleasant demeanor that has made it the unofficial cat of France and a beloved pet abroad. The breed is notable for its solid blue-gray coat with a slightly woolly texture, bright copper or orange eyes, and quiet but friendly nature.

Muscular and well-built, the Chartreux has seemingly small, fine-boned legs for the size of its body. Its body length is often greater than its height. But despite the disproportionate look, the cat is a mighty mouser and legend has it that French Carthusian monks relied on these cats for rodent control in monasteries.

Today, the Chartreux is a rare breed in the United States but a perfect fit for families looking for a quiet, friendly cat companion. They rarely make vocal demands, but those familiar with the breed still describe them as excellent communicators with an engaging manner. When he does have something to say, the Chartreux may chirp to get noticed. The round face with pointed muzzle makes the cat appear as though he is smiling, and owners of happy, friendly Chartreux cats find this easy to believe.

Characteristics of the Chartreux

History of the Chartreux

The early origin of the Chartreux is difficult to trace, though it’s well-established that the breed dates back at least to the 15th or 16th century. The unique woolly coat of these cats points back to Syrian roots, and it’s commonly believed that Crusaders returning from Syria to France brought the early ancestors of the Chartreux along.

Once in France, the cats proved themselves to be an excellent means of controlling rodent populations. Many accounts of the Chartreux’s history point to French Carthusian monasteries keeping these cats as a defense against rats and mice. While no Carthusian records confirm this fact, it’s a much-repeated tale that also is said to explain the quiet nature of these nearly silent cats.

Moving forward in history, the history of the Chartreux cat becomes easier to trace. Some time in the 1920’s, sisters Christine and Suzanne Leger encountered a colony of blue-gray cats living on a small island off the coast of France. The cats were notable for their striking appearance and unique woolly coat and the Leger sisters began to domesticate and breed them. In 1931, the cats were on a display at a cat show in Paris and the modern Chartreux cat became recognizable.

Like many breeds, the Chartreux’s existence was threatened by World War II. However, selective crossbreeding with Russian Blue, British Shorthair, and Persian cats ensured that this centuries-old cat didn’t disappear.

The breed grew in popularity in France. While first prized for its hunting prowess, the modern Chartreux became appreciated for its beautiful woolly coat, intelligence, and calm, friendly demeanor. Not surprisingly, cat breeders around the world took notice. In 1970, John and Helen Gamon brought the first Chartreux cats to the United States. This paved the way for the breed’s full acceptance into the Cat Fancier’s Association in 1987.

Today, however, the Chartreux is something of a national French treasure. Beloved by the people of France, the breed is hard to find outside of Europe. Many breeding programs in the United States have returned their stock to France, making it difficult to find a purebred kitten here in the states.

The Chartreux is an easy keeper that is relatively self-sufficient but will happily engage in play. You’ll find that these cats make easy companions and enjoy the company of children or other pets, but don’t require constant attention. They do, however, welcome affection and are often described as lap cats.

This cat breed is highly intelligent, so challenge your Chartreux with learning tricks or solving puzzles for treats. Some curious Chartreux cats have even been known to open cupboards, so keep kitty treats hidden away and consider installing toddler locks on cabinet doors if this becomes a problem.

You’ll enjoy the soft, woolly texture of the Chartreux’s fur. To keep your cat’s coat looking its best, be sure to comb it weekly. Many experts warn against brushing the fur, since its unique texture is more suited to the action of a comb over a bristle brush. While the Chartreux does an excellent job of grooming itself, the extra attention will keep mats from forming and serve as good bonding time for you and your feline friend. Several times a year, the Chartreux will shed his undercoat. During this time, you’ll want to comb him every day to keep the flying fur under control.

You shouldn’t need to bathe your cat very often. However, if you do need to give your Chartreux a soapy scrub, realize that you may have to put forth some effort to saturate the water-resistant double coat.

A calm demeanor is a key characteristic of the Chartreux, so they’re a popular cat breed for families. Just be sure that children or other pets are taught to treat the cat gently and with respect. These cats are also known to be adaptable, and many enjoy traveling with their owners.

The Chartreux has relatively few health problems and is a hearty, robust breed. However, there are a few potential health concerns to be on the lookout for:

The Chartruex should be fed a nutritious diet and care should be taken not to overfeed. With a tendency toward developing struvite crystals, be sure that you choose a food that isn’t too alkaline (many plant-based foods contribute to high levels of alkalinity), and also be sure that your cat has easy access to fresh drinking water at all times.

If your cat doesn’t take in enough water, urine becomes more concentrated and struvite crystals can develop. If this is the case with your cat, consider incorporating a wet food to add moisture to the diet.

Where to Adopt or Buy a Chartreux

Finding a Chartreux cat to call your own may be the hardest thing about this unique cat breed. Chartreux cat breeders in the United States are extremely few and far between. However, checking with the CFA’s breed council would be a good place to start your search.

Here are a few resources to get you started:

Since these cats are such a treasure, it’s rare to find them in a shelter or a designated breed rescue. However, it happens—owners give up beloved pets for many reasons. It’s a great idea to always start your search with local rescues and see if you can open your home to a Chartreux in need before considering a breeder.

Is the Chartreux the right cat for you? Research is the best way to educate yourself about this breed. Consider talking to experienced breeders and rescue groups, if any exist in your area.

If you can’t find a Chartreux to call your own, there are still plenty of other friendly, calm cat breeds to consider.

Check out these similarly unique and beautiful cats: 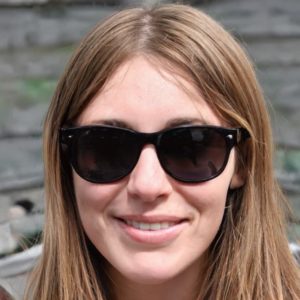